History of the Area
First Settlers
The first settlers were the Lenni-Lenape or Delaware Indians. Many artifacts found in the fields of Howell Township indicated that the Indians had summer camps along the Manasquan River and its tributaries. They traveled through this area to and from the Atlantic Ocean to collect seafood such as clams, mussles, and fish which were dried for easy storage and portability.

Formation of Howell Township
Howell Township was formed on February 23, 1801, when territory from local Shrewsbury, Wall, Lakewood, and Brick Townships were combined. It was named after Major Richard Howell, New Jersey's third governor, serving from 1793 to 1801. Howell died at the age of forty-eight after a life which linked him to Alexander Hamilton and President George Washington.
Allaire Village
Monmouth Furnace was erected in 1814 along the Manasquan River. Purchased in 1822 by James P. Allaire, the name was changed to Howell Works. It operated until 1846 when the bog iron industry declined along the coastal region of NewJersey. Bog iron was used for whale oil kettles, stoves, cooking utensils, cannon balls and iron window sash weights.

During this time the community with a church, school, general store, bakery, and blacksmith was built and developed. Workers lived in townhouse type buildings. The village stands today as part of the State Parks System, after being donated in 1941.

Legends
Many legends have been told in this area including those of the Jersey Devil. Located at the northern most end of the pine barrens, stories are told of the unwelcomed thirteenth child of Mrs. Leeds. A woman feeling not wanting her child wished it be born a devil. People tell of its prompt departure after its birth. Many stories have been reported with no proof or consistant descriptions. 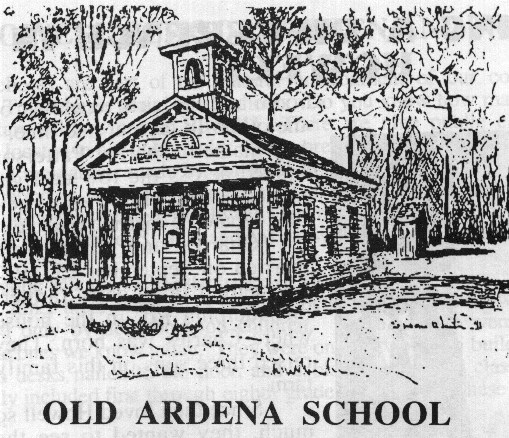 The area is in Monmouth County, a major historical center during the American Revolution. Nearby is the Monmouth Battlefield, Englishtown, and Monmouth Courthouse(now Freehold). The Howell Historical Society maintains several sites including the McKenzie Museum (a renovated miller's home dating back to 1850) and the Old Ardena School (an authentic one room schoolhouse- the original Ardena School).